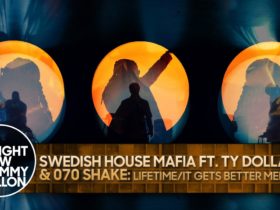 American hip-hop group, Migos member, Takeoff has died at the age of 28 after being shot in the Houston, Texas area overnight.

According to the TMZ & Complex report, He and Quavo had been playing dice in a bowling alley when an altercation broke out and a man opened fire.

As police sources and several alleged witnesses, local officials were first notified of the shooting “shortly after 2:30 a.m.” Both Quavo and Takeoff were at the site, which is said to have been a bowling alley where a dice game was taking place. At one point, an altercation is alleged to have started, followed by gunfire, although additional details regarding what transpired in the moments leading up to the shooting have not been made public.

Police tell us 2 other people were shot and were taken to the hospital in private vehicles. We do not know their conditions. Quavo was not injured.

Just a couple of hours before the shooting, Takeoff posted a pic of himself lighting up at the bowling alley. Quavo had posted a video several hours earlier as he drove around Houston with Jas Prince, who was celebrating his birthday.