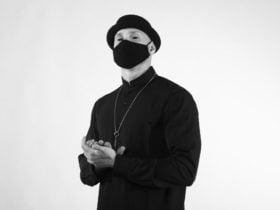 The musical artists, Ed Sheeran & Elton John have teamed up together for the brand new song named ‘Merry Christmas.’ Watch the full video below.

The track, “Merry Christmas” appears on the “Christmas Edition” of =, with all profits from this year’s Christmas period going to the Ed Sheeran Suffolk Music Foundation and the Elton John AIDS Foundation.

The vocals come up, “Build a fire and gather ‘round the tree / Fill a glass and maybe come and sing with me / So kiss me under the mistletoe / Pour out the wine let’s toast and pray for December snow / I know there’s been pain this year but it’s time to let it go / Next year you never know, but for now / Merry Christmas.”