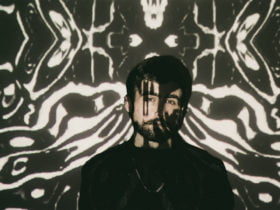 American rapper and record producer, Eminem has revealed his new album named “Curtain Call 2.” Check out the full artwork below.

His greatest hits compilation new album “Curtain Call 2” will be out on August 5. The second volume will include his recent track, Eminem & Snoop Dogg’s collaboration “From the D 2 the LBC.”