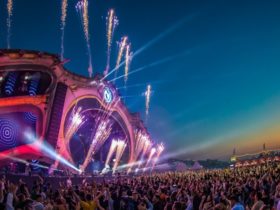 Swedish DJ Eric Prydz has announced that he’s bringing his Holosphere to the 2021 Tomorrowland and Creamfields world mega-fests.

Eric shared a video on his Facebook account with the caption, “2021… and tags official accounts of both Tomorrowland and Creamfields,” where Prydz is set to bring back his HOLOSPHERE experience.

Tomorrowland and Creamfields both were all set to host Prydz and his epic HOLOSPHERE this year. But, due to the coronavirus outbreak, both established events have set their sights on next year. When Eric Prydz returns, he’ll be back in full force with his most technologically-advanced production yet. – Watch the full teaser video here.

Eric Prydz ‘Holosphere’ Will Be On 2021 Tomorrowland & Creamfields Festival

“We were absolutely devastated, especially as it was a situation beyond our control, but safety is always paramount,” said Prydz’s manager Michael Sershall in a statement to The Verge last year.

“Ever since we started doing EPIC,” Prydz told The Verge, “our goal has always been to try and blow people away, but in a way that they haven’t been blown away before at an electronic dance music event … New technology will become available and we will figure out a way to incorporate that, and we will be able to do something that we haven’t been able to do before.”