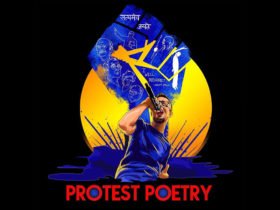 The pioneer of tropical house recently released his new album named Golden Hour, the fact that the total time of the album sums up in an hour and the songs are really gold is true. The Norwegian DJ/Music Producer Kygo’s recent album Golden hour have 18 magnificent tracks, this album showers your brain and ears with the tropical essence. there are tons of new and fresh featured artists with great voices complimenting each track. there are some unique and fresh style of change in Kygo’s music which everyone needed. Many songs out of this album was already released with full music videos like Higher Love, Freedom, Ill Wait and Like it is. These songs will take you to an emotional and relaxing journey, this album is filled with love, romantic and chill vibes as the theme of the album is based on Love, all songs can be played in the morning to get in a fresh mind state. the reason why people are loving this album is that you can hear the young Kygo of 2016 and the future Kygo together. Kygo had those melodic and vocal drops as well as his old chill drops.

Since there are 18 tracks so we don’t want to boor you guys with a theoretical explanation of each track, these songs are made to be heard for different emotion rides, we will just give a summary of the whole album by pointing out the beauty of this album. We will discuss the whole album at once and we will share what does each track presents you with the music. But one thing we can promise is that this album is full of surprises and fresh elements.

Since there are 18 great songs in this album and it would be really boring to read about each track when you can simply listen to them all but in this review we are going to address the songs which represents the quality of the album at its best, these songs are like perfectly made and there are no changes need. And we chose few specific songs which have different essence, few got the young Kygo vibe, some are totally fresh and some are just unexpected experiments. And there is only one pre-released song in this list of reviews so you can try to guess the most unique pre-release song of Kygo other than that we listed the fresh songs from the album.

You might know Sandro Cavazza from his legendary collabs with Avicii and Kygo and if you have never heard of him then you might be missing on a lot. The first listen of this song will give you Goosebumps especially because of the lyrics. These lyrics contain so much meaning and emotions, it’s about getting accepted or being yourself by someone you admire. If you have listened to Sandro’s songs then you might know how good of a singer and lyricist he is! If you listen to this track you might feel Avicii vibes, we don’t have any proper information about it but according to many fans it is an Avicii tribute and we won’t be surprised because Kygo admires Avicii a lot and he has done a tribute in past too. The melody will remind you of Avicii and Kygo back in the days as it is really great but fresh at the same time. If this is actually a tribute then we bet there is no one who can do this better than Sandro Cavazza and Kygo. This song will take you on flashbacks or make you remember your lovely memories with you close ones, another song which gives the same melodic vibe from this album is Ill Wait with Sasha Sloan as a featured artist and it just has similar and great vibes with the music and the vocalist Sasha Sloan just nailed it with her voice and lyrics. Just go and listen to these great songs, they will make you day!

This is the first song from the album and perfect to set the vibe so you can binge the whole album at once. Many hardcore fans of Kygo were missing his essence in his music as his vocal drops were being repetitive for people, there were actually people who criticized the songs like Forever Yours (Collab of Sandro Cavazza, Avicii and Kygo) and Family (Collab with Chainsmokers) because of the repetitive kind of drop. But this song is just really chill, your mood will decide the vibe of this song as the drop is really great and you can get multiple emotions from the track, the lyrics are lovely, Valerie’s voice raised the bar of this song higher and the lyrics are actually about the secret love stories according to our stories. the lyrics present a thought of a lover who loves someone but can’t express it and is afraid to confess, which might have or will happen with everyone someday. this song is a beautiful start for the album and you must listen to it.

Most of the Kygo fans nowadays know him because of his mainstream songs like Firestone, Born to be yours, Stranger things, etc. and they are used to those typical Kygo drops, very less people have heard his Remix tracks which were more groovy and filled with tropical vibes like Syn Cole – Miami 82 (Kygo Remix), Seinabo Sey – Younger (Kygo Remix), etc. This song has the same groove and vibe of those old Kygo remix songs, you won’t get a hard-hitting melodic drop but a chill and soothing drop with light weighted elements showering your mind with relaxation. The lyrics are pretty good although the verse is not that long but still Kim Petras nailed it with her voice, the buildup she created with her voice was needed for sure. There is a similar track with similar vibes in this album and it is “How Would I Know?” with featured artists “Oh Wonder” and they just did magic with their voice, apart from lyrics the best thing about this track is the music because it gives the similar vibe as Broken Glass, there are slight and smooth melody going on with wide vocals and you are already in heaven while listening to it. Well listen to these tracks and support this kind of music, so Kygo won’t hesitate to put out his experimental music.

LIKE IT IS – KYGO X ZARA LARSSON X TYGA

If we are talking about new experiments and music style then we have to add this track for sure, its not about the music of Kygo or drops at the time, its about the versatility in music while being true to his own style, only Kygo can do this. This is the first Rap featured track of Kygo and Kudos to Tyga who flowed smoothly on this chill beat and music. The best thing about this track is the lyrics and the way Zara sang, she just put her great skillset in lyrics and vocals, the drop of this song was pretty interesting because of her vocals mainly and Tyga really entered with a chill vibe and chill lyrics. The similar vibes you will get from another track named Don’t Give Up On Love with featured artist Sam Tinnesz and the drop was really interesting with his vocals, there are many such drops in this album but the best vocal drop song according to us is the next one.

As we said the best vocal drop song of this album. its the best because of the uniqueness and the beat. This song shows how much control Kygo has on his style tropical house. we will summarize the song nicely. the song starts with soothing vocals and piano, then St. Lundi starts showing his lyrical ability and how good of an artist he is! then the interesting part of the song where if you focus on music then you will know its too different from usual, the music rises and falls with the vocals, completely complimenting the vocals and making the song great. And then the drops hits with simple but creative vocal chops and background ambient, uplifting beat and it will just take you deeper into this track. The lyrics are really lovely as they tell a story of a lover thinking about their soulmate and thinking about how he can die for them. This song is a complete masterpiece and we hope people like it and Kygo takes this style of music ahead.

COULD YOU LOVE ME? – KYGO X DREAMLAB

The trippiest song in this album is this one, this gives the classic young Kygo vibe who just goes crazy with melodies. If you have listened to the Syn Cole – Miami 82 Kygo Remix then you would immediately catch the vibe because the sound used for this melody is pretty the same as that song. Everyone wanted Kygo to take this step of experimental music and we are glad he filled his album with his best work. The song starts with jumping plucky arps and a soothing, chill voice, the music rises with the voice, and just when the melody enters you will know it’s different and great. The melody itself is an ear candy, you will automatically grove to it. This song is best played in the morning enjoying the independent melody jumping here and there in your mind, setting up the vibe, and making you forget about your worries. And we should not forget crediting Dreamlab, they nailed this song too. So listen to this song as soon as possible as there is no other similar song in this album.

And with this here, we conclude the review. This album is Kygo’s third album and its no doubt, one of the best albums. The vibes and emotions Kygo provides with his songs are not easy to provide, this shows hoe much Kygo put himself into his music and how much he loves his work. The great thing about this album is the featured artists too, it’s like Kygo summoned the best artists to work with him and don’t think these are the only masterpiece songs in this album. There are collabs with artists like One Republic, Zak Abel, Whitney Houston, etc. So, go listen and enjoy this great album. support Kygo for his hard work and passion for music. 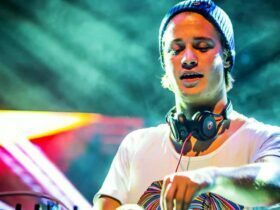 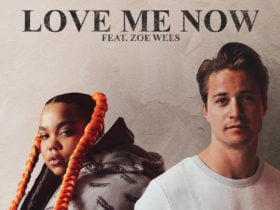 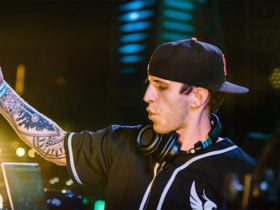 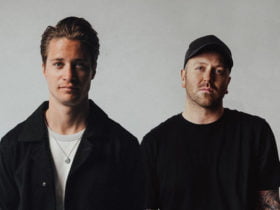