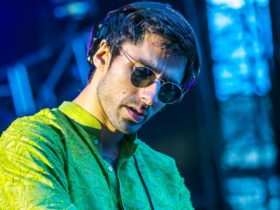 English singer & record producer, FKA Twigs has teamed up with Rema for the new song named “Jealousy.” Listen to the full song below.

The track is taken from twigs’ new 17-track mixtape Caprisongs which will be released tomorrow. In Dec 2021, FKA Twigs has teamed up with The Weeknd for the new song named “Tears in the Club”. “

In an interview with Zane Lowe on Apple Music 1, FKA twigs said the track was formed through conversations with El Guincho, with whom she executive produced the mixtape. “We got in, we finished it, and then we were like, ‘Oh, it could really have someone else in the second verse,’” twigs said. “El Guincho was like, Rema.”

FKA Twigs Team Up With Rema For New Song “Jealousy”