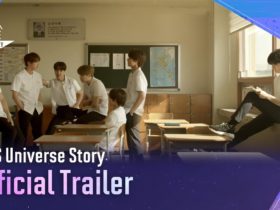 The album features 9 tracks including, Making a Fire, Shame Shame, Cloudspotter, Waiting on a War, Medicine at Midnight, No Son of Mine, Holding Poison, Chasing Birds, & Love Dies Young. It marks 2017’s Concrete and Gold, which hit No. 1 in the U.S., U.K., and around the globe.

In Nov 2020, they officially teased their brand new upcoming 10th studio album with two little video clips on their social media. Last month, they unleashed the second song, ‘No Son Of Mine,’ the new album is produced by Greg Kurstin and Foo Fighters, mixed by Mark “Spike” Stent, engineered by Darrell Thorp.

In the same interview with USA Today, drummer Taylor Hawkins says the result is “like two records in one”. He adds, “you’ve got your disco, dancey, groove-oriented album, and then the other half is pretty traditional Foo Fighters rock music. So if you don’t like the dancey bits, just fast forward.”

Foo Fighters ‘Medicine At Midnight’ Out Now! Like This Album? Stream & Download The Full Album By Clicking Here.