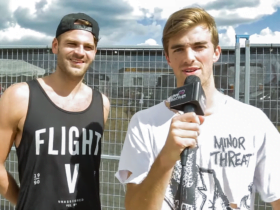 American rock band, Foo Fighters has canceled all of their upcoming tour dates, following the death of drummer Taylor Hawkins.

Recently, Foo Fighters member, Taylor Hawkins has died at the age of 50. The drummer’s last show with Foo Fighters took place on March 20 at Lollapalooza Argentina in Buenos Aires.