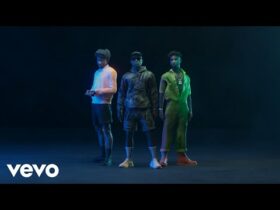 Pharrell Team Up With Tyler, the Creator & 21 Savage For New Track ‘Cash In Cash Out’

English singer & songwriter, Mick Jagger has announced his new song ‘Strange Game’ is releasing this week. Check out the full post below.

The upcoming song will appear on the theme tune to the new Apple Original series Slow Horses, the first two episodes of which land on Apple TV+ this Friday (April 1).

Teasing the collaboration yesterday (March 28), Jagger tweeted: “I’ve been working on a fun project with the composer Daniel Pemberton… look out for it coming soon!”

Pemberton said in a statement: “Working with Mick Jagger has been one of the most exciting collaborations of my professional career. I think we have managed to create an incredibly unique and original titles theme and I cannot wait for the rest of the world to hear it.”

Slow Horses‘ series director, James Hawes, added: “We always wanted a song to set the tone for the show and there was only ever one name in my mind – Mick Jagger. Hearing the track for the first time was utterly thrilling.

“Mick’s lyrics and performance have totally nailed the mood of Slow Horses, with all the humour and swagger I dreamed of.”

I’ve been working on a fun project with the composer Daniel Pemberton… look out for it coming soon! pic.twitter.com/HmabUlwZJ2