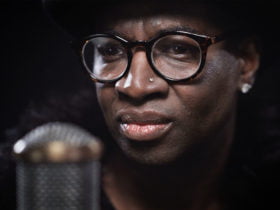 The American rapper, G-Eazy has teamed up with Mulatto for the brand new hip hop track called ‘DOWN‘ directed by Mike Marasco. Watch the full video below.

The track, “Down” is the newest of a slew of G-Eazy collaborations this yr, together with “Share That Love” with Lukas Graham, “Bounce Back” with Rexx Life Raj and Jay Anthony, “Pass It” with MK XYZ, and “Love Is Gone” with Drew Love and JAHMED, amongst others.

In the video, the visual draws inspiration from the 1999 comedy Deuce Bigalow: Male Gigolo, as it finds G-Eazy working in a hotel as a bellboy/escort. It additionally releases as he prepares to drop the long-awaited sequel to his 2014 project These Things Happen. The rapper just lately confirmed These Things Happen Too was proper around the nook.

G-Eazy’s “Down” feat. Mulatto out now! Like this track? Download & stream the full track by clicking here.