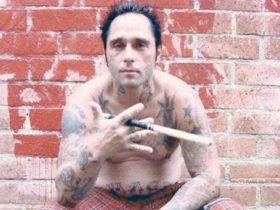 The band Gorillaz has revealed that French rapper Octavian will be the next collaboration partner on its Song Machine project.

Gorillaz took its Twitter account teased a little tune with the caption, “Coming up on Song Machine @OctavianEssie“, while, the next installment of ‘Song Machine,’ ‘Season One, Episode Four’ will feature the rapper, and that the collaboration will be released soon.

They’ve also released collaborations with Fatoumata Diawara, Peter Hook, and Georgia. ‘Song Machine’ has seen the iconic virtual band released a slew of collaborations this year, starting with ‘Momentary Bliss’ with Slowthai and Slaves in January.

This upcoming collaboration with Octavian would be the first single Gorillaz have dropped since last month’s ‘How Far?’ with Skepta in tribute to late Nigerian drummer, Tony Allen. As for Octavian, this collaboration is ready to be his first launch since he teamed up with Skepta in March for ‘Papa Chulo’.

Just a few weeks in the past, Damon Albarn teamed up with Gorillaz’s animated vocalist 2-D for a pretty meta performance of ‘Aries’ – released in April with Peter Hook and Georgia – as a part of a particular at-home version of Jimmy Kimmel Live!