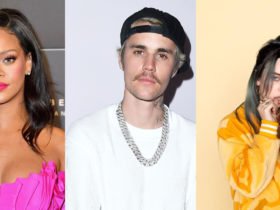 The upcoming event will bring giant avatars of the cartoon band to Times Square (2:30 p.m. Eastern on December 17) and Piccadilly Circus (2 p.m. GMT on December 18) to perform the new track. The AR performances will be directed by Gorillaz co-creator Jamie Hewlett and Fx Goby and created by Nexus Studios using Google’s AR tech.

“To all our followers,” Imaginary Gorillaz bassist Murdoc said in a press release, “Get ready for the biggest Times Square takeover since that other gorilla smashed the place up. Bigger in fact cos there’s four of us.”

Meanwhile, the track, “Skinny Ape” will appears on its upcoming album, Cracker Island, the Gorillaz album due out on February 24, 2023. Guests include Bad Bunny, Stevie Nicks, and Beck. Pre-save the full album by clicking here.