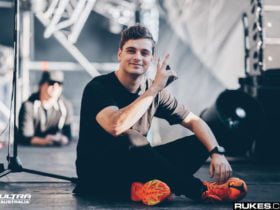 Canadian musician & singer, Grimes has released her new song named “Player of Games.” Listen to the full lyric video below.

Grimes produced the new song alongside Illangelo. It is also featured in the new season of the video game Rocket League.

The track marks the Grimes’ first proper single since 2020’s Miss Anthropocene and also marks her first official release after she separated from her partner Elon Musk in September.

She sings the lyrics that appear DOS-style, with a green type and a cursor prompt. “If I loved him any less/I’d make him stay,” she sings on the chorus. “But he has to be the best/Player of games.”