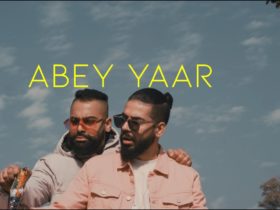 Today(19th July), Halsey shared the first child family photo via social media and wrote that “Gratitude. For the most “rare” and euphoric birth. Powered by love. Ender Ridley Aydin
7/14/2021.”

Back in January, She shocked their fans when they announced they were pregnant and subsequently posted tons of adorable baby bump pics. But those bb bump pics will come to an official halt…because they recently gave birth.

Recently, She announced that she will debut the “If I Can’t Have Love, I Want Power” IMAX film to theatres on Aug. 3, Collaborating with director Colin Tilley, who she previously worked with on videos for “Without Me” and “You Should Be Sad,” Halsey wrote the film.

“Marriage is not the sole focus whatsoever,” According to the source, “At the end of the day, what matters most is that the baby is healthy and that she has a loving relationship with the father of her baby, and right now, she for sure loves and adores Alev. They are very much in love.”