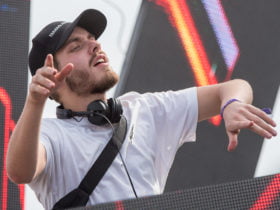 Gujarati rapper from the Mumbai-based hip-hop group, Swadesi, MC Tod Fod Has died at the age of 24.

According to the Rolling Stones India news, Swadesi’s label Azadi Records and management company 4/4 Entertainment confirmed the news. He was 24 years old and the cause of death is yet to be confirmed.

Dharmesh has lived his whole life in Naigoan in Dadar and grew up on a steady diet of old Bollywood songs, bhajans, and Bhim geet. His introduction to rap came through watching videos on Vh1, but his true education began when he met MC Mawali and the Swadesi crew a couple of years ago.

He was a part of many more songs right after, including “Plandemic.” His most recent single, “Truth & Bass,” produced by DJ Chromaderma and featuring rapper MC Solomon, was released on March 8th.