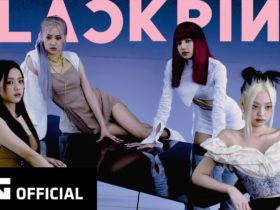 Blackpink Surprisingly Releases New Song ‘How You Like That’ – Watch Here

American singer, songwriter, Katy Perry has revealed that she cannot wait for her daughter to one day hear her long-awaited fifth LP is the album closer “What Makes a Woman.”

Katy Perry also describes one of the songs off her upcoming album and why she feels empowered being pregnant while working in the music industry. Watch the interview below.

“It’s a song about how you are gonna have a tough time measuring what truly makes a woman because women are so many things,” Perry said in an interview with SiriusXM.

“And I like to say not one thing, not just one thing. And such chameleons, and so adaptable, and so malleable and transformative. And can handle the weight of the world on their backs and do it all in heels. And make it look pretty effortless sometimes.

She continued, “I’ve just experienced the feeling, just, I feel very empowered creating a life and being a working woman whilst doing that, It’s like, can you create limbs while promoting a record? Hello!… So ‘What Makes a Woman’ will be a song that will kind of secretly be dedicated to her.”

On Wednesday(9th July), Katy announced the upcoming album with the caption, “Step right up! Step right up! 🎪 KP5 is called 🙂 #SMILE 🙂 I wrote the title track from the album when I was coming through one of the darkest periods of my life and had lost my smile.”

After the album announcement, Katy released her new title track colorful music video ‘Smile‘ for his upcoming fifth album. Her fifth studio album is set to be released Aug. 14 via Capitol Records. The LP will also feature lead single “Daisies” as well as Perry’s 2019 one-offs “Never Really Over” and “Harleys in Hawaii.”