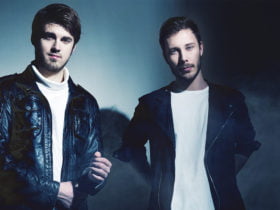 They are releasing all three albums will release next month on their own KGLW record label, Pre-save the album by clicking here.

The new track releases with an accompanying music video. Directed by Danny Cohen. In the video, King Gizzard guitarist Joey Walker wanders around a seaside paradise with a beach towel before breaking into some outrageous dance moves.

“All we had prepared as we walked into the studio were these seven song titles,” frontman Stu Mackenzie said in a statement. “I have a list on my phone of hundreds of possible song titles. I’ll never use most of them, but they’re words and phrases I feel could be digested into King Gizzard-world.”