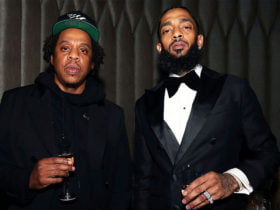 JAY-Z Join Forces With Nipsey Hussle For New Single, “What It Feels Like”

Indian rapper & singer, King Rocco has released his new single, ‘Picasso‘ from his upcoming album, ‘The Gorilla Bounce.’ Listen to the full song below.

The track is the first song from the new album, ‘The Gorilla Bounce,’ Lyrics & Composed By King, Female Lead by Drutika Singh, music is produced by Section 8, Previous Mix By Hrithik / Lax Final Mix & Master By Rahul Sathu & Directed & Edited By Miikey.

Earlier this month, he announced his long-awaited new album, ‘The Gorilla Bounce.’ He said in the introduction video, ‘He does not pick the lyric or word on trend, he just observes the things that are going on around then pick the word.’ That’s why his songs name are very unique.”

Last year, he released his previous album, ‘The Carnival‘ featured 8 tracks like, ‘She Don’t Give A’, ‘Thoda Samjha Karo,’ ‘Dracula,‘ ‘90s,‘ ‘Mafiia,‘ ‘Let The Eyes Talk,’ ‘IICONIC,‘ and ‘Tu Aake Dekhle.’ Also, He teamed up with VOID for the latest single, ‘Keh Na Paun’ from VOID’s upcoming Ep “FOREVER FOR A WHILE”.