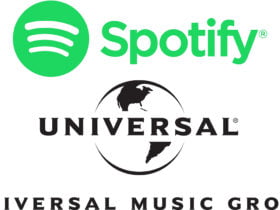 British rapper & singer, Slowthai has teamed up with Skepta for the new music video song, ‘CANCELLED.’ Watch the full video below.

The track, ‘CANCELLED’ is taken from Slowthai’s forthcoming album ‘TYRON,’ which will be released on 12th February. Last month, he teamed up with A$AP Rocky for the incredible latest music video of the track, “Mazza.” Pre-save the full album by clicking here.

In Nov 2020, the rapper announced his new album, ‘TYRON,’ also dropped a music video song named ‘NHS’ is directed by THE REST, produced by Andy Picton. In the meantime, Showthai recently dropped his latest hip hop track named ‘Thoughts‘ to celebrates his 26th happy birthday, Produced by JD. Reid, however, is not included in rapper Slowthai’s upcoming new album ‘TYRON.’

ASAP Rocky, Skepta, James Blake, Dominic Fike, Mount Kimbie, Denzel Curry, and Deb Never has collaborated on the new album. Yesterday he the painting post of him on Instagram and wrote that ‘TYRON by my niece Araia 4 years old, my biggest inspiration, harshest critic and idol, I’m trying to be more like bam bam LOVE U’

Skepta sings, “How you gonna cancel me? / Twenty awards on the mantelpiece / Pyramid Stage at Glastonbury / Girls in the crowd got their hands on me,” Then Slowthai starts, “I ain’t an actor, fuck the Oscars, main stage in my boxers (Brr) / Thousand grams, fuck the GRAMMYs (Yeah), same-same for the shoppers (Yeah) / Massage for the posture, only bad tings on the roster.”