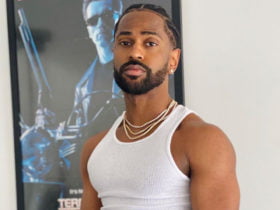 New Zealand singer & songwriter, Lorde has dropped her new song named “Stoned At The Nail Salon.” Listen to the full song below.

The track marks her second single from the upcoming album, “Solar Power”, she co-produced the new song with Jack Antonoff. Also, it has background vocals from Phoebe Bridgers, Clairo, Marlon Williams, and James Milne.

“This song is sort of a rumination on getting older, settling into domesticity, and questioning if you’ve made the right decisions,” Lorde said in a statement.

“I think lots of people start asking those questions of themselves around my age, and it was super comforting to me writing them down, hoping they’d resonate with others too. I used this song as a dumping ground for so many thoughts….”

The album will be released on August 20th. You can pre-order, pre-save, and pre-add the album here.

In the meantime, In an interview, Lorde promised she would take the shows for a live performance soon. Lorde revealed the photo on the ‘Solar Power’ artwork, which Colbert mentioned he was not allowed to show on television was taken by a friend.

Lorde “Stoned at the Nail Salon” Out Now! Like This Track? Stream & Download The Full Song By Clicking Here.