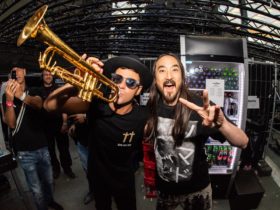 Ludo King releases a Patriotic song HINDUSTAN on his official youtube channel. The song is composed by Meet Bros and Shankar Mahadevan and the lyrics are penned by Kumaar.

Ludo King salutes India and all the warriors, paying homage to the spirit of Hindustan in this patriotic song, HINDUSTAN. This Independence Day Special Patriotic music video song is a tribute to the whole nation and its people, as we march ahead together and lead India to a glorious and prosperous future.

The Ludo King game is developed by Gametion Technologies the game Released in 2016, Ludo King has become the first Indian game to cross 100 million downloads on Google Play which is also the modern version of the royal game of Pachisi. Ludo King has been ranked no. 1 in the “Top free Board Games” category on Play Store and App Store.

The patriotic song Hindustan is the salute to the frontline workers like, Indian Army, Airforce, Navy, Doctors, Police and everyone who fought relentlessly to keep India safe during this pandemic or any kind of war.