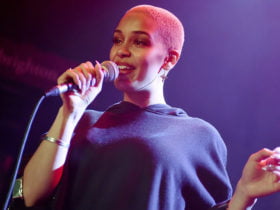 The album features 12 tracks including, Fairytale, Supernovacane, Jiggle It, Back It Up, Vibr8, Bad Bitches, Back In Time, Hitta, House Party, Candy Kid, Pushin Stacks, and the one and only title track, ‘Shockwave.’

Recently, He performed his massive performance at the 2021 UEFA Champions League(UCL) final. Also, he released two more tracks this year including, “You” Ft. Vance Joy, ‘LAVANDIA’, ‘Like This’ ft. 2KBABY, ‘Leave Before You Love Me’ Ft. Jonas Brothers.