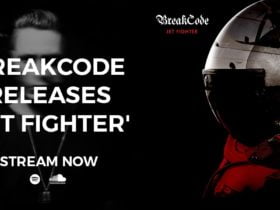 The video is Written and Directed by the Aube Perrie, & Produced by Nick Callais, Sarah Park, wherein Meg runs over this man with a garbage truck.

It starts with an older white man leaving a troll-ish comment under one of Megan’s videos, and for the rest of the clip, Megan and the Hotties haunt the man’s every move.

“The new single celebrates women unapologetically enjoying themselves, doing whatever they want, whenever they want, regardless of what the critics have to say,” According to a press release.

She also joined forces with DJ Marshmello for the track, “Bad Bitches,” The track has appeared on Marshmello 4th studio Album named “Shockwave.”