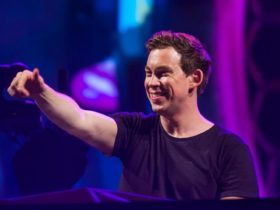 MUST READ – San Holo Is Releasing New Album ‘Bb U Ok?’ This Year

Recently, Ariana Grande teamed up with Megan Thee Stallion & Doja Cat for her latest remix of ’34+35.′ Also, she ended 2020 with appearances on The Late Show With Stephen Colbert and The Late Late Show With James Corden.

In the meantime, In Nov, DaBaby unveiled his latest album, ‘My Brother’s Keeper(Long Live G)‘ featuring Meek Mill, Polo G, and more. The album is a tribute to the Charlotte rapper’s brother Glenn Johnson, who died earlier this month at the age of 34.