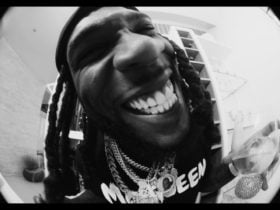 American rapper, Megan Thee Stallion has announced a new project Something for Thee Hotties: From Thee Archives, which will feature her freestyles and some other previously unreleased songs.

She announced the news via Instagram with the caption, “My gift to my hotties 10/29 ❤️‍🔥 freestyles y’all been asking for plus a few unreleased songs from my archives to hold y’all over for the rest of the year 😈”

The project ‘Something for Thee Hotties‘ will be out on October 29. “If it’s over an original beat it will be there,” she wrote on Twitter.

Recently, Megan Thee Stallion teamed up with Maluma for the song named “Crazy Family.” The track will appear on the soundtrack to The Addams Family 2.