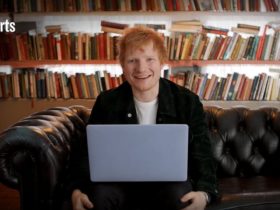 Co-lead Vocalist and guitarist of hard rock band Mountain, Leslie West has died at the age of 75. Rolling stone confirmed.

West’s brother, Larry West Weinstein, confirmed to Rolling Stone that the musician passed away on (23rd December) Wednesday morning. On Monday (December 21st), West felt cardiac arrest and was rushed to a hospital near his home in Daytona, Florida.

American rock guitarist, vocalist, and songwriter, Leslie West was best known as a founding member and co-lead vocalist of the hard rock band Mountain. He was born Leslie Weinstein on October 22, 1945. The band are best known for their massive hit single ‘Mississippi Queen,’ co-written by West, it is taken from the Mountain’s 1970 debut album, ‘Climbing!’.

Meanwhile, the track, ‘Mississippi Queen’ was the biggest chart hit in the United States, peaking at Number 21 on the Billboard Hot 100. Many musical artists paid tribute to Leslie West following news of his passing.

“For those who don’t really know Leslie West’s work,” Dee Snider, “let me say this about his guitar playing. As a singer, while I respect great players, vocalists spoke to me with their melodies. @lwestmountain is the only guitarist who I connected with cause I could sing every 1 of his solos!”

Joe wrote, “R.I.P. Leslie West. We had some great times together onstage and some legendary laugh every day on tour. Thank you for all the great music. My deepest condolences to the West family. @lwestmountain.”

Nils Lofgren wrote on Twitter, “Rest In Peace, friend. Grin opened for Mountain and West, Bruce and Lang through early ‘70’s. Sweet, bad ass blues man. Got to play together first Rock n Roll Fantasy Camp. I’ll always remember his smile as he looked me in the eye, inspired and shared his gifts. #LeslieWest.”