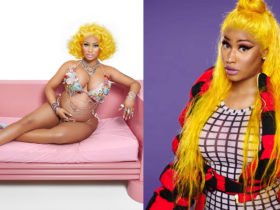 Nicki Minaj Reveals She Is Pregnant

American rapper, Nas has shared the tracklist of his upcoming new album named “King’s Disease III.” Check out the full tracklist below.

The album will be released this Friday, November 11, via Mass Appeal Records. In Aug last year, He released the second part of the album, “King’s Disease II.”

Nas began his King’s Disease series with Hit-Boy in 2020. The next year, the record earned him the Grammy Award for Best Rap Album.