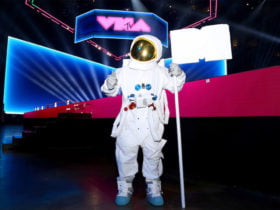 American jazz Hammond B3 organist who was named an NEA Jazz Master in 2017, Dr. Lonnie Smith has died at the age of 79.

American jazz Hammond B3 organist who was a member of the George Benson quartet in the 1960s. He recorded albums with saxophonist Lou Donaldson for Blue Note before being signed as a solo act. He owned the label Pilgrimage.

“Doc was a musical genius who possessed a deep, funky groove and a wry, playful spirit,” Don Was, Smith’s collaborator and Blue Note president, said in a statement. “His mastery of the drawbars was equaled only by the warmth in his heart. He was a beautiful guy and all of us at Blue Note Records loved him a lot.”

We're deeply saddened to announce that Hammond B3 organ legend Dr. Lonnie Smith passed away today at 79 years old. Doc was one of the funkiest & most inventive organists to ever walk the earth & we were proud to bring this remarkable man's joyous music to fans all over the world. pic.twitter.com/6NgejJsXpW