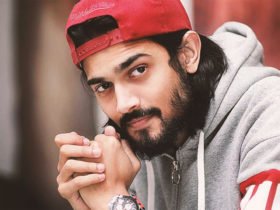 English indie rock band, Pale Waves has shared their new music video of the track, ‘You Don’t Own Me.’ Watch the awesome video below.

Yesterday, They teased the track vis Instagram and now the video has arrived. It is the fifth music video they have released marks their second studio album, ‘Who Am I?’ Frontwoman Heather Baron-Gracie co-directed the clip alongside Kelsi Luck.

“‘You Don’t Own Me’ was released as a single in late January. At the time,” Baron-Gracie says “a song for women. I… wanted to say a ‘fuck you’ to everyone that plays by these fake delusional rules that women and gender need to fit inside a specific box.”

She also teased the song’s then-forthcoming music video, which she described as her “favourite video yet” by the band. In the meantime, they have previously released 4 tracks including, ‘Change’, ‘She’s My Religion’, ‘Easy’, and ‘Fall To Pieces’ from the album, ‘Who Am I?’.

Watch Pale Waves New Music Video, ‘You Don’t Own Me’