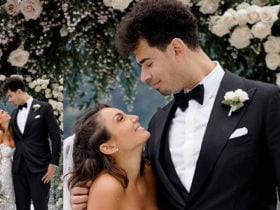 American rapper and songwriter, Playboi Carti has revealed the cover art, releasing dates of his new album, ‘Whole Lotta Red.’ Check out the post below.

Playboi Carti shared the cover art of his new album ‘Whole Lotta Red‘ on his Instagram with the caption, “YESss LOVE 💋.” Back in August 2018, he unleashed the title of Whole Lotta Red. Then He later tweeted “12/25,” confirming speculation that the album will drop on Christmas Day. You can pre-save the full album by clicking here.

Meanwhile, this year, Carti teamed up with Drake’s “Pain 1993” from the Canadian rapper’s Dark Lane Demo Tapes. In recent years, Playboi Carti has also seen many of his tracks get leaked online. Also, he had featured on Mustard’s “Baguettes in the Face,” “100 Racks” with Offset & SAFE’s “Paid in Full.”

In an interview with Ben Dandridge-Lemco for The FADER, Carti said he starts work on Whole Lotta Red near the end of 2018, recording at DJ Drama’s Means Street Studios in Atlanta and at his own home. Meanwhile, In a March 2019 interview with GQ, he told that Virgil Abloh would serve as the album’s creative director.