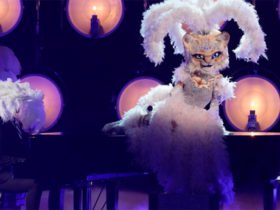 The Masked Singer’ Reveals Kitty Identity – Who’s Behind The Mask?

The Bangarang EP is the fourth extended play (EP) by American EDM producer Skrillex, It was released via Beatport while being released on other digital retailers on December 27, 2011. It featured collaborations with musical artists including, The Doors, Sirah, Wolfgang Gartner, 12th Planet, Kill the Noise, and Ellie Goulding.

Skrillex announced the news via a Twitter page on December 12, 2011, with the captioned, “the EP was completed,” while the release date was also announced on December 21. It was officially released as a physical CD on January 24, 2012.

All tracks have crossed 10+ millions of streams on Spotify, with the title track ‘Bangarang’ the most popular track with current 331+ million streams. Many of the tracks he has previously performed during The Mothership Tour (with the exception of “Right on Time”).

The EP had sold 595,000 copies in the US by March 2014, and it was certified gold by the Recording Industry Association of America (RIAA) on July 11, 2016. In the meantime, after the release, Rolling Stone named Bangarang EP the fourteenth greatest EDM album of all time.

Also, Bangarang EP has won the Best Dance/Electronica Album award at the 55th Grammy Awards, as well as the Best Dance Recording award for the title track.