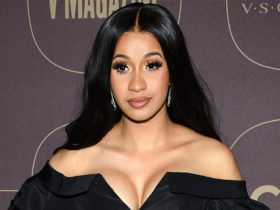 American DJ & record producer, Porter Robinson has revealed the new song, “Look At The Sky” release date. Check out the full post below.

DJ Porter Robinson shared the cover art of the new song via Instagram and wrote that “look at the sky – coming out january 27th. you can presave it to have it be automatically added to your collection on release!.”

The track will be released on 27th Jan, Pre-save the full song by clicking here. Last year, he played “Look At The Sky” for the first time during his own virtual festival, Secret Sky. The track is taken from his second studio album Nurture, which was originally due for release in 2020 but it was delayed due to COVID-19.

Last month he said that via an Instagram post, “as of today, Nurture is 100% finished. I turned in the absolute final version a few minutes ago. it’s my favorite music I’ve ever made. I’m so so fucking grateful for the extra time… the album (and me) have both benefitted so much.

He added, “now that it’s submitted it’ll still be a few months before it comes out. expect a single or two between now and then >:) alright, imma go celebrate by immediately starting on making the live show.”