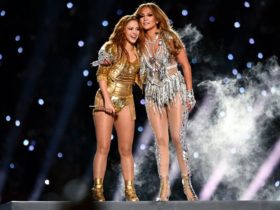 On 12th Jan, Sia shared the news via Twitter and wrote that “Pucker up “Hey Boy” ft @burnaboy song + video out Thursday – Team Sia.” The original song will appear on Sia’s forthcoming album ‘Music’, which will be out on February 12, also it was written to accompany her new film of the same name.

The new song is directed by Rafatoon, Production Company by Dreambear, & executive producer by Dave Gelb and Evan Brown.

Sia sings, “Hey boy / Whatcha got for me, whatcha got in store? / Hey boy / Damn you’re so sexy, got me wanting more,” Burna Boy joins her between the track and sings, “Tell me have you ever / Been with a Breda / Wey go take you through any weather / Start drying up he make you wetter.”

last year, She shared an early Christmas Gift for her fans on a new music video of ‘Snowman‘, she captioned, “The new video for Snowman is guaranteed to leave a smile on your face.” Also, She performed a massive performance of her song ‘Courage To Change‘ at Billboard Music Awards 2020.