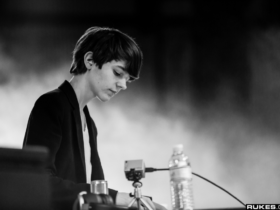 On 27th Aug, Porter Robinson released official audio of ‘Mirror,’ from the upcoming sophomore forthcoming album, “Nurture.” On 25th Aug, he teased the track via Twitter and wrote that “the new single from Nurture comes out tomorrow.”

Coming to the music video, “Mirror” strikes into the forest with a crayon-styled animated Porter singing with varied shapes and results superimposed atop the character. In Chorus he sings, “And I know you’ll say how I’m a burden / Yeah, do your worst, all at once / I know what you want from me (from me).”

“Mirror is a song about the costs of being hard on yourself.” Porter Robinson said about the track, “we all have these avatars that we give to our critical inner voices – we might imagine a scornful parent telling us we’ll fail, or a critic telling us our work comes up short, or society telling us that we aren’t good enough.

“it’s about recognizing that most of this criticism is self-inflicted. for years,” he added, “I was imagining the worst thing a critic might say about my music and looking at my own work as negatively as possible as a way to protect myself from criticism, but it never once served me,

“my hope is that other people can overcome this same kind of a shame – it can be really liberating to recognize that most of the time, we’re only letting our own thoughts get in the way, and we can do something about it.”