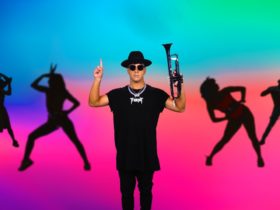 Pusha T has recorded a track mocking the McDonald’s McRib and promoting Arby’s Real Country Style Rib Sandwich. He collaborated with Arby’s on a limited-edition line of merchandise inspired by the sandwich, including bolo ties, trucker hats, and shirts.

Previously, Pusha T recorded a track for an Arby’s ad dissing the McDonald’s Filet-o-Fish sandwich, rapping “If you know me and you know me well/Our fish is gonna tip that scale.”

In 2014, Pusha T appeared on the song “Burial” by EDM producer Yogi; a snippet (that did not feature Pusha T’s voice) would later be sampled for Arby’s “We Got the Meats” campaign.