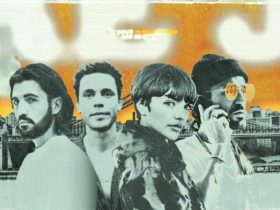 The performance will take place at the State Farm Stadium in Glendale, Arizona, on February 12 and is sponsored by Apple Music.

The NFL shared the news on Sunday afternoon by sharing an image of the singer’s distinctly-tattooed hand holding a football with the caption, “Let’s GO.” The football league also changed its Twitter and Instagram bios to pay homage to Rihanna, reading, “national fenty league.”

“We are thrilled to welcome Rihanna to the Apple Music Super Bowl Halftime Show stage,” NFL head of music Seth Dudowsky said in a statement. “Rihanna is a once-in-a-generation artist who has been a cultural force throughout her career. We look forward to collaborating with Rihanna, Roc Nation, and Apple Music to bring fans another historic Halftime Show performance.”