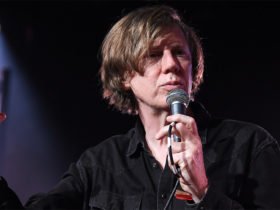 According to the news18 reports, He officially will accept cryptocurrency instead of actual currency as his performance fee. He has been an ardent admirer of blockchain technology and accepting payment using the same technology is like a dream come true for him. He has already started taking crypto payments for his show scheduled to be held in July.

Raftaar was quoted as saying by news agency IANS, “Nevertheless, I’ve finally taken the baby steps in this direction and all the credit goes to my manager, Ankit Khanna for making this dream a reality for me.”

Raftaar has credited his manager Ankit Khanna for making arrangements for accepting cryptocurrency as his performance fee. He said that he has always wondered why artists and managers haven’t explored the potential of this disruptive medium so far.

Global artists like 50 Cent, Mariah Carey, G-Eazy, Sia, Fall Out Boy, the Backstreet Boys and Lana Del Rey among others are accepting their performance fee in cryptocurrency instead of actual currency.

Cryptocurrency is a digital currency. Transactions made through cryptocurrency are verified and records maintained by a decentralized system using cryptography, rather than by a centralized authority.