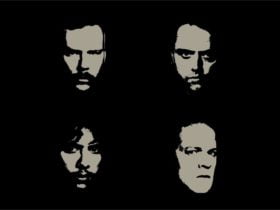 South Carolina hip hop artist, 18veno has died at the age of 19. He was shot dead last night at the York County Coroner’s Office in South Carolina confirmed to Pitchfork.

He was pronounced dead at the Piedmont Medical Center in Rock Hill. An investigation by the York County Sheriff’s Department is ongoing.

The rapper often worked with artists native to South Carolina; Pablo includes a feature from fellow South Carolinian artist PG RA on “Cops & Robbers,” and his frequent collaborators jetsonmade and Neeko Baby both hail from his home state.

He started rapping in fourth grade and began posting his work publicly a few years later. 18veno grew up in Winnsboro, South Carolina after spending the first few years of his life in Washington, D.C. 18veno was inspired by the sounds of Southern trap; he’s cited rappers like Gucci Mane, Yo Gotti, and Jeezy as early influences.

The past year was a pivotal one in 18veno’s career; in 2020 he dropped the five-track R4z EP, as well as his debut project Pablo, both of which were issued by the South Carolina label BoyMeetSpace.

“I still don’t think we have the respect we need,” last summer in an interview with Lyrical Lemonade, he said of South Carolina artists. “We ain’t on like we’re supposed to be, yet. It’s up to us at this point—it’s up to the artists that SC has right now. I wanna be one of the ones that help put us on at a worldwide level.”