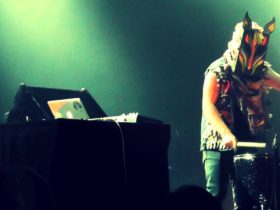 The track marks the 4th track from RITVIZ & Nucleya’s 8 track from album BAARAAT!! It is performed, composed & produced by Ritviz & Nucleya, lyrics is given by Anvita Bharti & Ritviz, additional production by Karan Kanchan, & mixed & mastered by Hanish Taneja.

In Aug, Ritviz dropped another latest single named “Pran.” It marks the 5th track from his upcoming album “DEV!.” Before this track, he dropped his 6th song named “Khamoshi” from the same album.