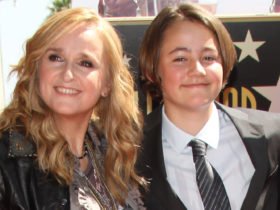 The new song, ‘Hey Boy‘ is taken from her upcoming album, ‘Music,’ which will be drop on February 12th, 2021. The album is featuring her previously released songs including, Together, Courage to Change, and Saved My Life.

Speaking about the new song, it is inspired by the motion picture. She sings, “Hey boy / Whatcha got for me, whatcha got in store? / Hey boy / Damn you’re so sexy, got me wanting more / I wanna be single ‘cos it feels right / You know what them single women like.”

Sia surprisingly shared the album news via Social media and wrote that “Music, a film by Sia – coming in early 2021 The news you’ve been waiting for! 🙌 Music, the movie written & directed by Sia + starring @katehudson, @leslieodomjr & @maddieziegler, will be arriving in early 2021! Watch a sneak peek of the movie right here. Music (songs from and inspired by the motion picture) is out Feb 12th, 2021.”

Pre-save the full album by clicking here. Watch the teaser of the album here.

Recently, She shared an early Christmas Gift for her fans on a new music video of ‘Snowman‘, she captioned, “The new video for Snowman is guaranteed to leave a smile on your face.” Meanwhile, She performed a massive performance of her song ‘Courage To Change‘ at Billboard Music Awards 2020. The song is the second track taken from the soundtrack of Sia’s directorial debut Music. Meanwhile, In September, She released the first song, ‘Together’.