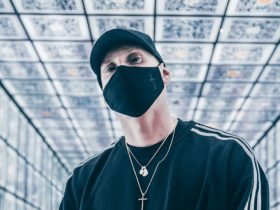 After listening to the Sunny Milton EP on Youtube, you might be thinking why Sikander Kahlon dissed Sunny Malton? Well if you are confused then stick with this blog. In this blog, I tried to cover all the main incidents but still there is a big chance that I miss something because many tweets are deleted and many things are not clear. So, In this blog you will find out that where this controversy started and Why Sikander Kahlon dissed Sunny Milton! And it was not just a single diss, it was a complete EP dedicated to Sunny Malton which kind of shows how tense the matter is. So let’s discuss everything to get a clear idea of this controversy.

You might be thinking that why I am mentioning Sidhu Moosewala in the beef of Sikander Kahlon and Sunny Malton. Well, I am covering this conflict before the main controversy because I think this is all where it started. So the brown boys are a trio of Sunny Malton, Big boi deep, and Byg Byrd. These guys were going to collaborate with Sidhu Moosewala and the collab was done. So, Byg Byrd who was the producer of that track, released the teaser of that track on his Instagram and after that, the management company (Gold Media) of that track claimed the video and took it down then made a post informing that if anyone leaks any information related to the song then their channels would be terminated. In my knowledge, after that the collab did not happen but a beef started when Sikander Kahlon came out with some issues.

Read More – DIVINE AND EMIWAY WHY THE BEEF IS SUDDENLY ENDED? (FULL STORY)

Sikander Kahlon straight away called Sunny Malton a snitch and in Hip-Hop snitching is really disrespectful and rappers get canceled for it sometimes. But after this, a long twitter war happened and both cussed each other a lot. After this all Sikander Kahlon announced on his Instagram story that whoever is a friend of Sunny Malton now is automatically an Enemy for him and KKG (Kala Kurta Gang). After this a lot of artists supported him which showed how respected Sikander Kahlon is in the Indian Hip-Hop scene. I will share a few tweets from both sides, there are a lot of tweets and many are deleted too but I will show the important ones according to my knowledge here,

This twitter war was much more aggressive than you might have expected, they literally went all out on each other with words. In the above tweet, you can see how badly Sunny Malton is disrespecting Sikander Kahlon and they both disrespected each other like this for a lot of tweets, In this tweet, Sunny Malton is referring Sikander Kahlon as a clown who just wants to collab with Sidhu Moosewala and he can do anything for the fame.

This tweet above was a reply to the tweet of Sunny Malton which is shown above but in that tweet, Sunny Malton did not tag Sikander Kahlon and Sikander Kahlon replied with this saying that Sunny Milton don’t have guts to tag him in his tweets and Fateh and Sultan have already wrecked Sunny Malton once but now its time for Sikander Kahlon to enter the game. Sultan and Fateh had beef with Brown Boys that is why they are mentioned in this tweet.

This tweet was a reply to the tweet in which Sikander Kahlon took stand for Sidhu Moosewala and again with the disrespectful words. According to Sikander Kahlon, leaking tracks just because you worked in them is not tight and Brown Boys are just making a forced controversy. And Sunny Malton replied with the same aggression. This obviously did not stopped here, Sikander Kahlon posted a story of the wedding of Sunny Malton in which he slapped his fiance which was a personal target from Sikander Kahlon.

You can see the poster of the EP and the EP is out now with 5 great diss tracks against Sunny Malton. This is the first Diss EP in Indian Hip-Hop and Sikander Kahlon was already known for his Disstrack against MC Evidence. This EP is just brutal and lyrical, Sikander Kahlon just showed his pure Art. For the rest of the discussion about this EP we will make a different blog reviewing the EP. Till then you guys should listen to the EP, its really great, and you guys will find it on the Youtube Channel of Sikander Kahlon.