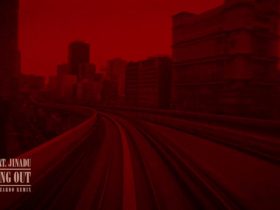 Sunny Milton EP of diss tracks includes 5 extremely lyrical and brutal diss tracks. Nothing less expected from a pure hip-hop artist like Sikander Kahlon. If you know about the diss history of Sikander Kahlon then you must know that he actually destroyed a career in the past. Although destroying careers is not possible in this era because the cancel culture is not reliable anymore, at the end of the day they all are artists and have done hard work but still diss tracks affect the reputation of an artist a lot and sometimes can even affect the fan following and career a lot too.

This EP has is just a gem, while researching about the tracks I noticed that a part of the audience is not impressed because they expected more cuss words and just below the belt things but to understand more hip-hop, you guys have to understand that diss culture can get dirty but it’s not necessary that a diss needs to be dirty to be good. Sikander just showed his lethal skills with a lot of punches in this EP, we as an audience should respect it and enjoy the technicalities. So, In this review we will discuss the technicalities, musicality, and brutality of the tracks. No one can judge and conclude the best track out of these, so we are just going to tell you guys the beauty of pure hip-hop.

The very first and only video track in this EP. The 5 tracks were released back to back that is why only the first track got a video and to do such great work in this pandemic situation is just outstanding. We will go for the rap and video later but first the catchiest thing in this track is the beat. It’s just fabulous, you can listen to this track on repeat easily because of the beat and the flow of Sikander Kahlon. This beat is picked from the track Pen Game 2 by Margs but the producer who made the instrumental is Morfiusuk and the flow of Sikander Kahlon is just killing the beat. This gets full on the term musicality because of the beat and flow.

Now let’s get to the technicality of this track, You like metaphors? rhyme schemes? meaning full lyrics? Sikander Kahlon is no doubt one of the elite in the hip-hop industry for his skills! This track was full of references and double entendre. You will find one of the best word plays in this track, this is just pure gem. You must have heard some heavy metaphors and references in rap songs but in this track you will observe that the references are not that heavy but there are like so many meanings behind just one metaphor or reference. Give it a listen and you will be surprised with his unique skills. About brutality, so according to me, using abusive words and below the belt stuff is not necessary to make a brutal diss track and this track proves me right. Sikander Kahlon just killed it with his skills.

Tupperware is a kitchen product, so is Milton. Well, Milton is a Kitchen product brand which is popular for its bottles, that is why you can observe in the poster that there is a rat next to Milton bottle. And about this diss track, there is a huge surprise for you in this, Kaka Sady is a surprise element in the second verse. And he killed it with his energetic flow. let me address few things I did not like personally are that this is a very simple lyrical video, which is not a bad thing but yeah it could have been a better graphic video and I did not felt that energy in the verse of Sikander Kahlon but yeah his skills and Kaka Sady covered it well. So let’s discuss the all great thing about this track, the allegations that were put over Sunny Malton were the same but with different lyrics and different rhyme schemes. The few big allegations were that the career of Sunny Malton is like this because of Sidhu Moosewala, he stated it like that without Sidhu Moosewala, Sunny Malton would be nothing and without the other members of his crew Byg Byrd and Big Boi Deep, Sunny Malton is nothing. He indirectly meant that Sunny Malton got no talent. If you wanna know more about the conflict or allegations, you should check out the previous blog about Why Sikander Kahlon dissed Sunny Malton?

Now let us discuss Mr. Surprise element, Kaka Sady, If you go down in the description, you will find no credits related to Kaka Sady and well that’s how you surprise people. Kaka Sady just nailed his verse, the brutality was too good with his energy and with that great beat too. The verse of Kaka Sady was straight dissing, he did not talk about facts or stuff he just dissed Sunny Malton, maybe because facts were covered by Sikander Kahlon. Now let’s get to the beat, the beat was produced by Hi-Tek and this old school beat just made this track so great. Sikander Kahlon does it in pure hip-hop as always, just with the intro this beat will set your vibe and you are ready for the great bars. Overall it’s a great track to listen to, My favorite bar from this track is,

Before looking at the track, let me just tell you the meaning of this title. AA-52 is a powerful machine gun and so are the bars of this track. There is like no waste line in this track, its full of bars. Sikander just rocked the old school beat, the beat is from a track of Dr. Dre named Keep there heads Ringing and as you guys know Dr. Dre has been a legendry beat producer and just the intro of this beat will tell you what is Sikander going to serve. An interesting fact Sikander Kahlon told in this track was that he wrote this whole EP in just 1 and a half-day which is just spectacular, he wrote this in less than 2 days what few rappers can’t even do in months. Sikander Kahlon has dedicated his whole life to hip-hop, he is a true artist who respects his art. Talk about lyrics, it’s full of bars, there are 8 Mile references, Game of Thrones references, and many more, this might be the best diss track from this EP. In means of technicalities this can be in the top 5 diss tracks in Indian Hip-hop.

Few things Kahlon said in this track were that Brown Boys have forgotten their motherland and Sunny Malton don’t even know proper Punjabi and Sikander even dissed Sunny Malton for his rhymes saying that they are too basic and Sunny Malton have neglected hip-hop. An interesting thing Sikander Kalon said was that the brother of Sunny Malton posted a threat and then deleted it afterward. This diss EP is not about facts, it is more about hate and disrespect because it started because of disrespect. The lyrics are so full of references, similes, and Metaphors that it’s just not possible to get every meaning in one go and the track is catchy enough to make a hardcore hip-hop fan listen to it again. My favorite line from this track is,

The title of this track is based on the fictional DC (detective comics) character John Grayson who was the sidekick of Batman and Sikander KAhlon compared this character to Sunny Malton in first few lines of the diss track because, for Sikander Kahlon, Sunny Malton has always been a sidekick of either Sidhu Moosewala or Karan Aujla. because after the controversy with Sidhu Moosewala, Brown Boys got supported by Karan Aujla. This beat is from the Eminem song named The Way I Am and Sikander Kahlon bought the rights of it and did justice to the beat. The chorus of this track is really great and the lyrics are just too good, even the chorus got poetic lines. In this track Sikander Kahlon targetted the same topics like how Sunny Malton does not know Punjabi even after living with Punjabis and how he is just wants a light skin, which is a really good entendre like by light skin Sikander means that Sunny Malton is trying to be a white person or a proper Canadian and the other meaning I think I got is that Sunny Malton is trying to be all good and clean like he has never done anything wrong. Well, these are just my perspectives, you can get different meanings from single words.

In this diss track, Kahlon said that he aims for the scar which clears the whole concept of this EP, Sikander Kahlon targetted things Sunny Malton hates about himself or does not like to hear or some cruel truths like he slapped his wife and he leaked screenshots but later deleted them. This diss track is purely made to hurt Sunny Malton. Overall this track was average if compared to other tracks, after 3 great diss tracks there is so less content for Sikander Kahlon to diss Sunny Malton on but one thing is for sure that the Pen Game is Top notch is every track. My favorite line from this diss track is,

The final hit from Sikander Kahlon named Screenshot Snitch because of obvious reasons that Sunny Malton leaked the Screenshots of chat between him and Sikander Kahlon. This track was an average track just like Grayson if compared to the whole EP. But yeah if you like Bars then it’s all for you. Some people said that this EP is not as good or is boring but in my opinion it is great for a listener who likes great bars. For writing this blog I listened to each track multiple times and each time I found a different meaning behind many bars which is why lyrical raps are great. But yes, music is subjective so we can’t change your taste but this EP is just Gold. This sneaky, spooky beat was made by DJ Khalil and it was one of the best beats used in this EP, still no competition for the beat of Rann but it is great and the chorus is pretty good, not all catchy but it was good.

This track has the same allegations but again wrapped up with steel strong bars and he more of covered the screenshot topic and said that Sunny Milton is just a double-faced snitch. In this track you won’t find much spicy controversial things but spicy bars for sure. My favorite bar from this track is,

So with this the review ends here, This EP just started a new trend in Indian hip-hop trend because no one has ever done it before in India. Sikander Kahlon is one of the top artists in Indian hip-hop right now and with this EP he pushed Punjabi Rap scene to a different level. To talk about the best track from this EP, it was AA-52 Bars according to me because it has the best bars in this whole EP, other tracks were great too but this was the next level. The least favourite track is Screenshot Snitch because till then there is nothing really new to talk about. The best thing about this EP was the bars but the thing I did not like much was the flow, it was pretty same in all tracks but we should not forget that these tracks were released back to back and are done in really less time. Overall its a great EP and one should really give it a try.