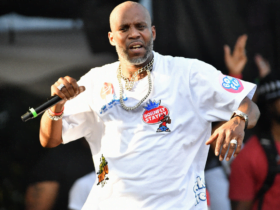 In this article, we are going to discuss the best Quarantine DJ sets of all time. Since the Quarantine, we have not been able to go to live concerts. But a lot of artists have produced the next best thing with live stream performances. Here are some live DJ sets you need to check out!

Martin Garrix performs an hour live set on the Dutch waters. He performs in his native country where he plays several of his own hits and a modern set playlist. He even shot this in 4K and 8K with drones and a helicopter to film.

This is such a brilliant and exciting idea that Martin Garrix came up with. The scenery is breathtaking and the music is so good. His production was incredible because the fact that he is on a boat and the music still sounds good is just wonderful. Songs include “Feel the vibe”, “Inside Out”, and “Midnight Sun 2.0.”Check out this exciting video! One of the Best Quarantine DJ Sets ever.

Tiesto performs a DJ set on a live stream for Quarantine Festival. Even though there is no live audience, Tiesto performs with colourful lights and always kills it with his awesome music. Filled with energy and excitement, Tiesto bounces off the walls with this performance.

It feels like you are right in the club with him as he throws out bangers. The electric atmosphere with an insane mix creates a fantastic experience. Songs include “Feel that Way”, “Nothing Really Matters”, and “My Frequency.” Enjoy Tiesto’s set here. One of the Best Quarantine DJ Sets ever.

Don Diablo does an awesome set from his futuristic-looking home. It looks like he is performing in a spaceship. The lights really display the atmosphere and make you feel like you are in a club of the future.

It literally looks like a scene straight out of a science fiction movie. Diablo displays plenty of upbeat dance moments mixed with tender and raw emotion. Diablo plays some of his personal favourite songs that he’s made. Songs include “Starlight (Could Be Mine)”, “Wolfsbane”, and “Artemy.”

Diplo and Dillon Francis hosted a Livestream for a fundraiser called Coronight. In what looks like a small house party, they performed some of their hits along with hits from Daft Punk and Black Caviar.

They lit candles and put up a projector screen along with glowing lights in the room. It truly feels like a fun experience and like two friends are just having fun doing their thing, and that is making music. Diplo and Dillon Francis make a great collaboration together. Enjoy it Here! One of the Best Quarantine DJ Sets ever.

For those who were looking forward to going to The Emporium festival this year in Wijchen, Netherlands you can still watch all the artists that performed. Brooks performed at the Emporium festival on a lit stage on the water. Despite no fans, it is still an entertaining show with water shooting up in the air, fire, and lights glowing from the stage.

Brooks is surrounded with a beautiful backdrop of the lake and the trees. This performance will be sure to get you pumped for next year’s festival. Songs include “Without You”, “I think it’s time”, and “Renegade.” One of the Best Quarantine DJ Sets ever.

La Fuente made an appearance at the Emporium festival as well doing an hour-long set. He plays an entertaining show at night on the water with many colourful lights. It might not be a live show but it is still an entertaining set to lift spirits up during this time.

The beautiful night glow mixed with the best bass drops and beats will be sure to cheer you up. Songs include “Turntable”, “After Midnight”, and a remix of “Sweet Disposition” by The Temper trap. One of the Best Quarantine DJ Sets ever.

His sick beats and awesome graphics are sure to give you a good time and brighten your day. Enjoy! Songs include “Let it Go”, “Bomberos”, and “Adore You” by Harry Styles.

David Guetta had a fundraiser concert in Miami during Quarantine. It was a live Zoom for people all over the world. You can see people dancing and enjoying themselves from their apartments. With every dollar earned, David Guetta doubled that, all for a good cause.

All the proceeds were given to the World Health Organization, Feeding South Florida, Feeding America and La Fondation des Hôpitaux de Paris for hospitals in France. So listen and enjoy some great music.

Last but not least Bassjackers performed for the Slam Quarantine Festival in an empty arena to give people at home a smile. For an empty arena, Bassjackers was bringing his A-game. You can feel the excitement and the energy in the music.

Bassjackers has the whole arena to himself and takes full advantage by busting out this awesome performance. Songs include “Ride It”, “The Flight”, and “Lose Control” (Childs Play and Badd Dimes Remix) Do yourself a favour and check out the video. One of the Best Quarantine DJ Sets ever.