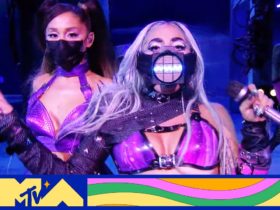 American DJ and music producer, Skrillex has joined forces with PinkPantheress and Trippie Redd for a new banger named “Way Back.” Listen to the full song below.

Earlier this week, he released the first track ‘Rumble‘ of the album featuring Fred Again & Flowdan, marks his first new music in 2023, and was released via Skrillex’s long-running OWSLA label, distributed by Atlantic Records.

The 42-second clip, which was posted to his official social media accounts on Sunday, January 1, included the caption “QFF/DGTC 23,” and appeared to contain audio from multiple new songs.

Meanwhile, In 2021, he shared a string of collaborative singles including “En Mi Curato” with Jay Cortez, “In da Getto” with Ja Balvin, “Too Bizarre” with Swae Lee, and “Butterflies” with Four Tet and Starrah.

Skrillex Join Forces With PinkPantheress and Trippie Redd For New Banger, “Way Back”