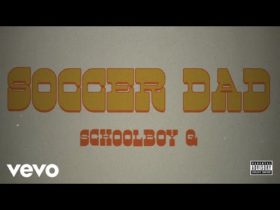 American entertainer & DJ, Steve Aoki has teamed up with Australian DJ, Timmy Trumpet for the new track named ‘Tarantino‘ from the 6OKI series. Listen to the full track below.

“It started with 3OKI, 4OKI, 5OKI, & now 6OKI.” Steve Aoki said, “The series is about my club & festival roots – songs that go off live & serve ravers in the front row! Covid-19 halted live shows, but I’m still making tunes with that live energy.”

“Working and touring with Steve is always WILD,” Timmy Trumpet adds, “but making this track was something else! We wanted to capture the craziness of life on the road in one track so people can party wherever they are in the world right now.”

Recently, Timmy & Sub Zero Project released the brand new EDM track named ‘Project X‘. Last month, Timmy collaborated with Vengaboys for the new rendition of their smash hit ‘Up & Down‘. The original track ‘Up & Down‘ was released in 2009 by Vengaboys.

Meanwhile, In July, Steve Aoki teamed up with Mobile gaming company Arknights for the brand new animated video of the ‘Last Of Me‘ heavy bass track. The single was released as the official theme for the Chapter 6 installation of the Arknights saga titled “Partial Necrosis.”