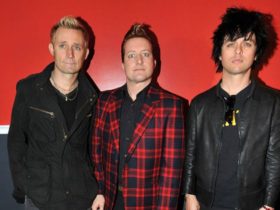 The album, MAXIDENT follows an already-impressive 2022 for the South Korean K-pop group. The band’s most recently released EP, Ordinary, was the Stray Kids’ first release to ever hit the No. 1 spot on the Billboard 200 chart.

“Our goal ever since we debuted was to reach as many ‘stray kids’ as possible,” member Bang Chan previously told Billboard in the group’s recent cover story. He continued, “to deliver our music and give strength to people who really need it.”

“If we settle, we know we can’t go forward,” added Han. “That’s why we were and are like this. We try to look ahead and not stay still.”

The album features 8 tracks including CASE 143, CHILL, Give Me Your TMI, Super Board, 3RACHA, TASTE, Can’t Stop, & Circle.