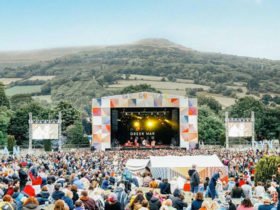 After re-recording her 2008 album Fearless as part of a sweeping effort to regain control of her master tapes—or at least create new ones—Taylor Swift presents Red (Taylor’s Version), an expanded take on her 2012 blockbuster that features nine never-before-released songs written in the same era as the original.

“Musically and lyrically, Red resembled a heartbroken person,” Taylor Swift wrote in a letter to fans. “It was all over the place, a fractured mosaic of feelings that somehow all fit together in the end. Happy, free, confused, lonely, devastated, euphoric, wild, and tortured by memories past.

“Like trying on pieces of a new life, I went into the studio and experimented with different sounds and collaborators. And I’m not sure if it was pouring my thoughts into this album, hearing thousands of your voices sing the lyrics back to me in passionate solidarity, or if it was simply time, but something was healed along the way.”

The new record is expanded to 30 songs. In October 2012, She released the original album, ‘Red.’