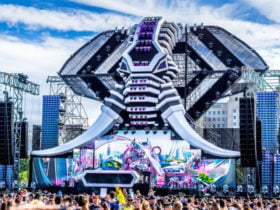 The Rock band, The Rolling Stones will arrive at drive-in film theaters this summertime. The Rolling Stones: Havana Moon, a live performance filmed in Havana, Cuba, in 2016, will probably be screening throughout the U.S. and Canada starting July 10th, following particular state reopening pointers for COVID-19, by the band’s partnership with CineLife Entertainment.

The Rolling Stones: Havana Moon previously had a one-night international theatre premiere and debuted in the U.S. on-demand via Starz. Directed by Paul Dugdale and produced by Simon Fisher.

The film paperwork the Stones’ March 2016 live performance on the Ciudad Deportiva de la Habana sports complex. On the time, it was hailed as the biggest open-air rock live performance ever to be held in Cuba, because the style was banned within the nation for many years following the Cuban revolution.

The show was held simply 5 days after sitting U.S. President Barack Obama made his first go to the nation.

“I’m so thrilled that Havana Moon has found its way back onto the big screen, particularly during such a strange time for live music,” Dugdale said.

“The Rolling Stones concert was the first of its kind in Havana,” he added, “and I hope the unprecedented absence of live music during the COVID-19 crisis means this film brings almost as much elation and joy to those watching it now through CineLife as it did the people of Havana back on that special night. Turn it up loud!”