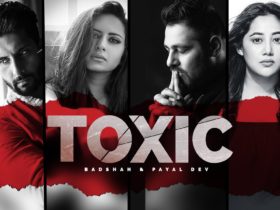 Australian singer-songwriter, and YouTuber, Troye Sivan has surprisingly shared his brand new video of third track ‘Rager Teenager!’ from his upcoming ‘In A Dream’ EP. Watch the full video below.

Troye Sivan shared the video and track cover art on his Instagram account with the caption, “surprise! 👹 wrote a song + made a little video for it. it’s called ‘Rager teenager!’ And it’s on my EP out Aug 21. Link in bio + stories. this song is dedicated to myself.”

The video is directed by Shivan, which features the singer lounging in a tub. “[Pre-Chorus]I just wanna go wild/I just wanna fuck shit up and just ride/In your car tonight/In your bed tonight,” he sings, “[Chorus] Hey, my Lil rager teenager / Trying to figure it out / Living a season of screaming / And turning it out / Hey, my Lil rager teenager / I’ve missed you around, yeah / Missed you around”

Troye previously released the two tracks “Easy,” “Take Yourself Home,” and now he dropped his third track “Rager Teenager!” from his upcoming album ‘In A Dream‘.

Sivan previously called the EP “a story that’s still unfolding, this small collection of songs explores an emotional rollercoaster period in my life when the feelings and thoughts were almost shockingly fresh.”

Check out the full tracklist ‘In a Dream‘ EP here:

Troye Sivan Mellet is an Australian singer-songwriter, actor, and YouTuber. After gaining popularity as a singer on YouTube, and in Australian talent competitions, Sivan signed with EMI Australia in 2013 and released his third extended play, TRXYE, which peaked at number five on the U.S. Billboard 200