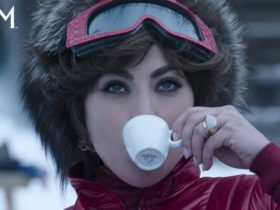 American rapper & songwriter, Tyler, The Creator has released his new album named “Call Me If You Get Lost.” Listen to the full album below.

DJ Drama is mainly featured across the album, and credited as a co-producer on “Rise!” by Jamie xx, In an Instagram story, Tyler noted Jay Versace’s contribution to “Safari.”

Tyler’s new album was preceded by a number of teasers, beginning with a series of billboards that appeared in cities like Los Angeles, London, Paris, Berlin, and more. It is also the follow-up to Tyler’s 2019 Grammy-winning LP IGOR, which took home the Best Rap Album trophy at the 2020 awards ceremony.

Previously, Tyler dropped two singles, “Lumberjack” and “Wusyaname” from the album. The latter arrived with a visual that Tyler directed under his Wolf Haley moniker. Tyler also shared a teaser titled “Side Street” which also made reference to the album title.

Tyler, The Creator Releases New Album “Call Me If You Get Lost”